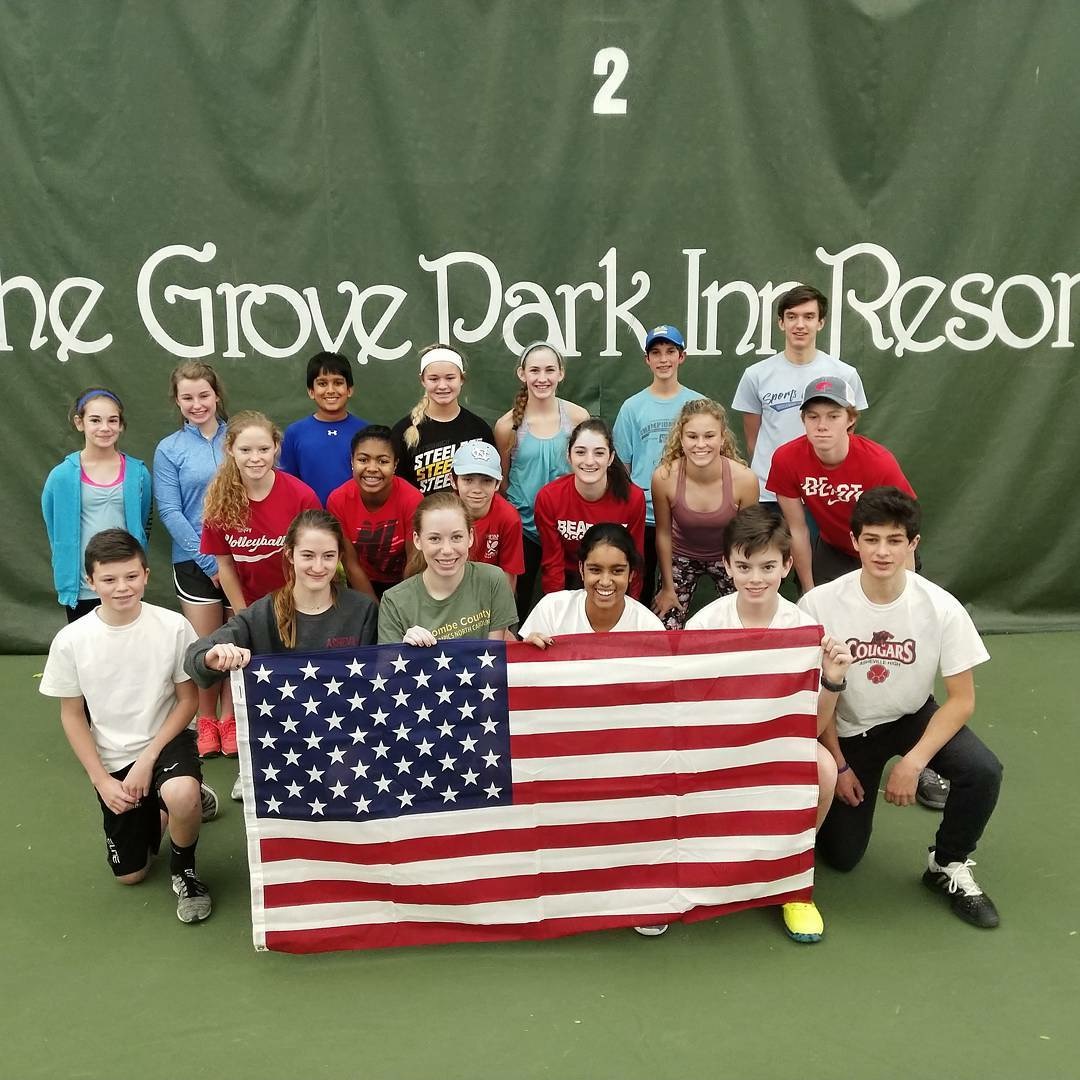 We're delighted that the children of two of our agents earned a spot along with 17 other amazing young people to be the ball boys and ball girls that will be working the courts at the Fed Cup matches this weekend featuring the USA vs. the Netherlands! These young men and women survived two rounds of cuts with over forty kids from the area trying out. They are junior high and high school students from over a dozen schools in Buncombe, Henderson, and Haywood Counties. These young people have been training hard for 5 weeks to represent their community and the USA in this international event. The training for this has been intense to say the least, these kids are incredible!

The United States Tennis Association announced Asheville as a Fed Cup venue in November, just days after the U.S. team defeated Belarus to win its first title since 2000. Tickets went on sale in November and event sold out late last month, shortly after the Williams sisters signed on to participate.

It is expected to generate more than $3.5 million in economic impact for the city, the USTA said last week.

Here are a few things to know before this week's tennis action:

What is the Fed Cup?

The Fed Cup dubs itself the "The World Cup of Tennis." Formerly known as The Federation Cup, it is the largest annual women's international team sports competition, similar to the Davis Cup for men's tennis.

The Fed Cup, the Davis Cup and the mixed-team Hopman Cup are organized by the London-based International Tennis Federation, which governs the sport.

This weekend's action between the defending-champion U.S. team and the Netherlands kicks off the nearly yearlong Fed Cup tournament as part of World Group I. Besides Asheville, other World Group I play this weekend includes Belarus and Germany in Minsk, Belarus; Czech Republic and Switzerland in Prague in the Czech Republic; and Belgium and France in La Roche-sur-Yon, France.

Nobody has more Fed Cup titles than the U.S. The team collectively has won 18 titles including the most recent in 2017, under Captain Kathy Rinaldi. It was the U.S.'s first title in the tournament since 2000.

Behind the U.S. is the Czech Republic with 10 Fed Cup titles. The country was a three-time defending Fed Cup champion before being knocked out by the U.S. last year in the semifinals in Tampa....

Kennedi Green was just chosen Friday Feb. 9th, 2018 to do the first round draw for the Fed Cup in Asheville, NC!! She was so excited to meet everyone and even had the chance for Serena Williams to sign her shoes that she will be wearing during the match!! 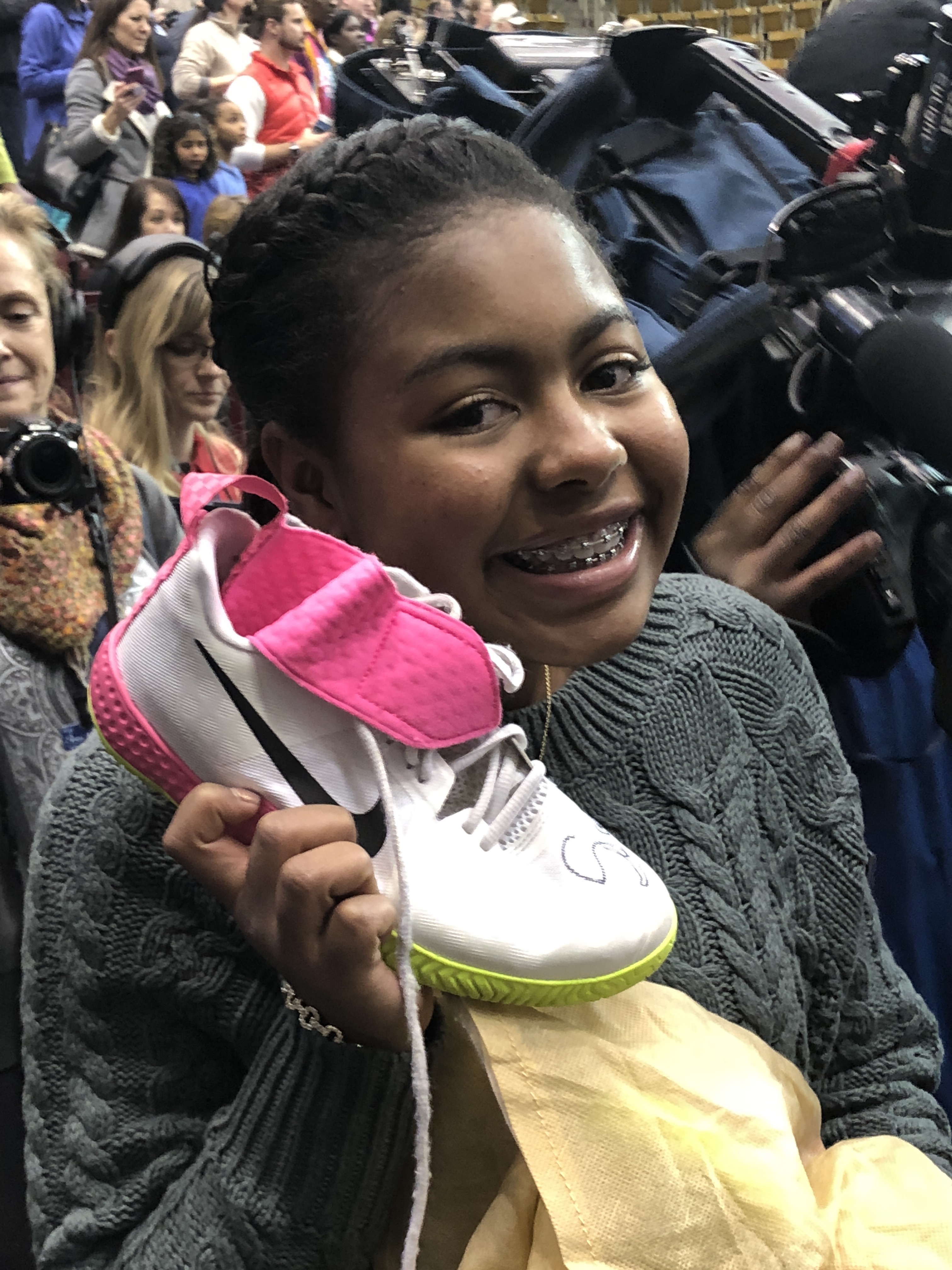 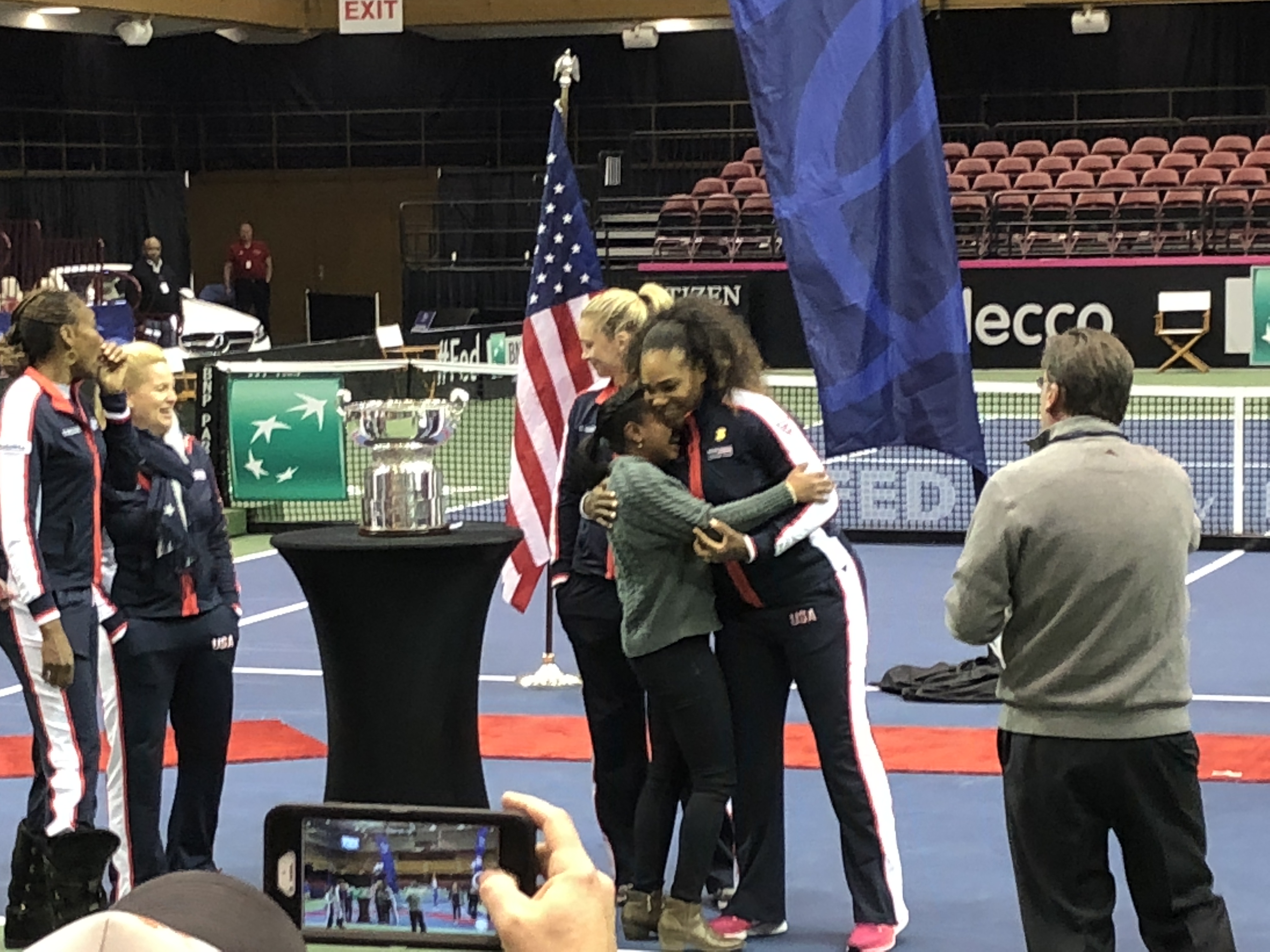 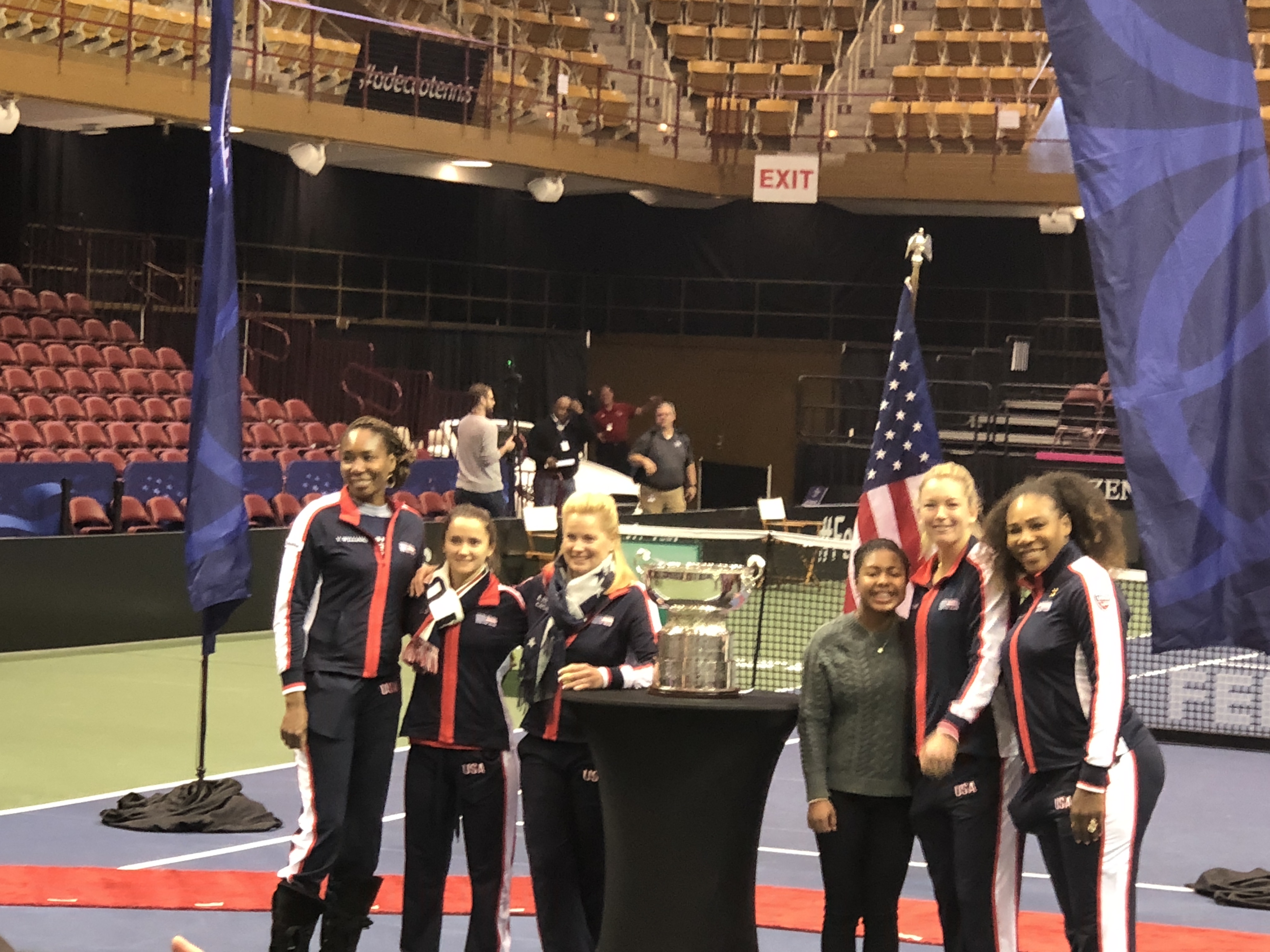 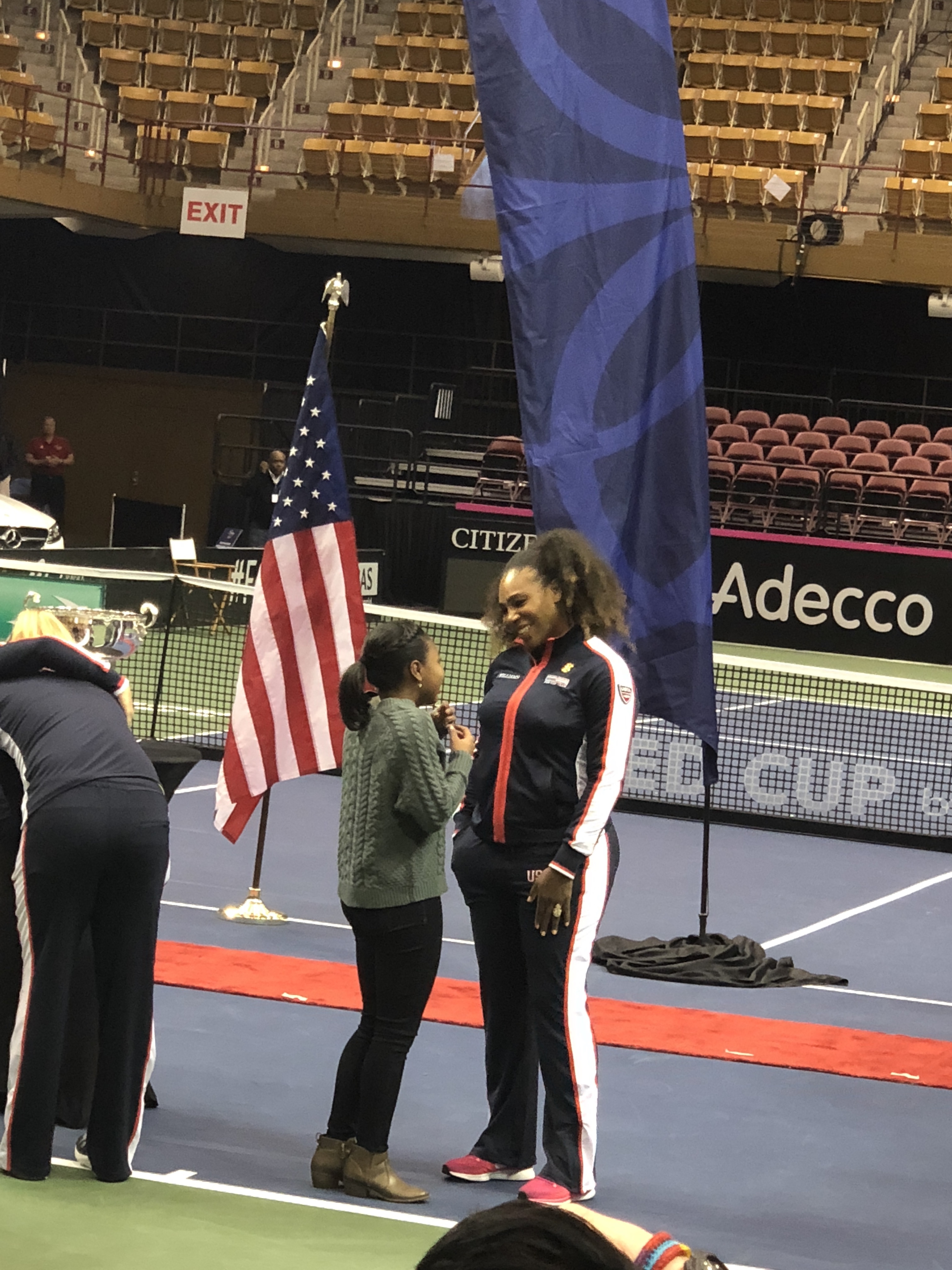