For the past twenty years, a musical movement has been growing in Asheville, North Carolina. While famous cities like Nashville, Tennessee, and Muscle Shoals, Alabama, are known for their legendary recording studios, Asheville has emphasized something more pedestrian—quite literally. Traveling street performers—called “buskers,” who play everything from guitars to banjos, washboards, and spoons for a living—are pulled toward this Southern city and can be found everywhere from the corners of Pack Square to the sidewalk in front of Woolworth Walk. 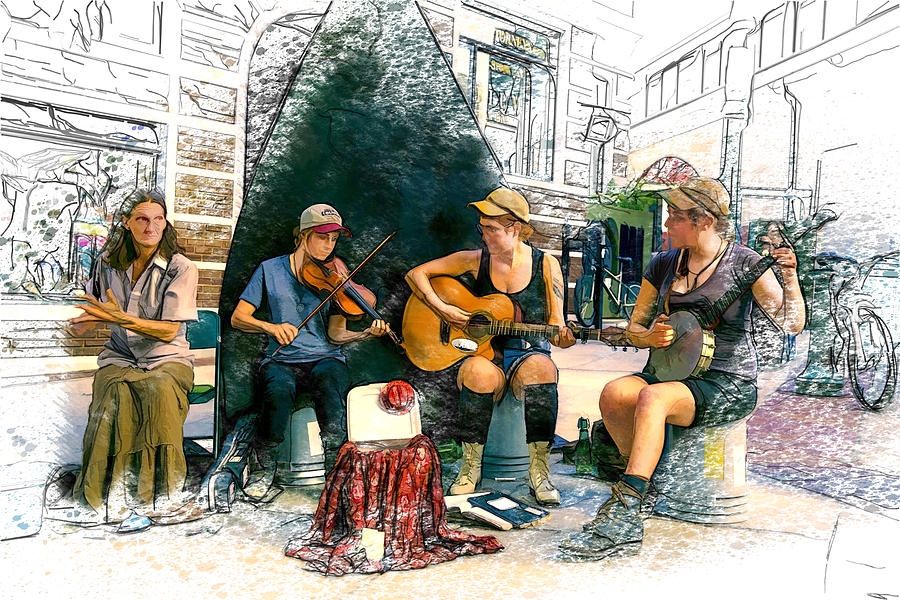 “What is it about Asheville? It’s the same answer people give about moving here: Nobody quite knows what it is that brings so many creative people and so much energy,” says filmmaker and North Carolina native Erin Derham. “A lot of buskers have this vagabond traveling lifestyle. And they lean toward places that are really beautiful. Asheville is surrounded by mountains, water, and awesome weather.”

More answers from performers themselves can be found in Derham’s new film, Buskin’ Blues. Violinist Marc Hennessy credits Southern hospitality. “I’ve street-performed other places around the world and it can be difficult,” he says. “But in Asheville it seems like everybody’s friendly.”

With This Many Buskers in Asheville, a Discordant Note Was Inevitable 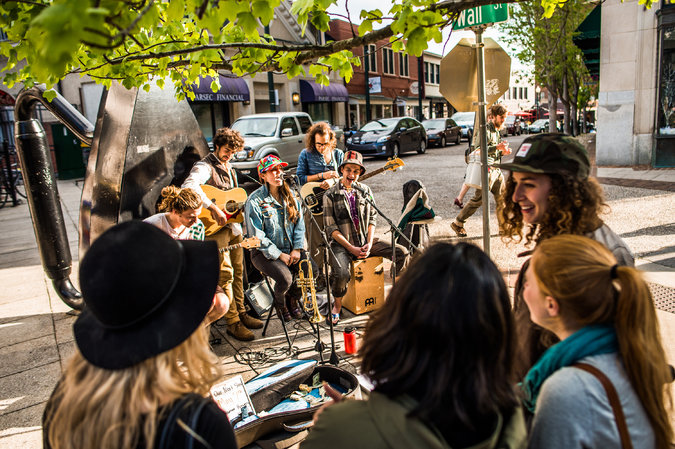 The band Midnight Snack, whose members recently moved to Asheville, N.C., from Boston to pursue their music careers, played downtown this month. Credit Mike Belleme for The New York Times

ASHEVILLE, N.C. — It was a Tuesday evening in April, at an hour when most small American cities had gone quiet. But in this buzzy Blue Ridge Mountain town, there was music all over the streets.

There was the moody alt-rock guitar strummer in front of the organic clothing boutique. The bluesman picking a dobro in front of the farm-to-table restaurant. Hippies in hootenanny mode beside the bookstore.

A few blocks away, Frank Bronson, a 22-year-old Tennessean with a cowboy hat and a borrowed guitar, was warbling his way through the World War I-era hit “I Ain’t Got Nobody.” Ali Kafka, a ragtime guitarist up from New Orleans, tapped along in her combat boots.

But soon it was Ms. Kafka who broke into the more popular lament on the streets of Asheville these days, criticizing city officials and their proposals to regulate the abundance of buskers, who, like many tourists, have found a resurgent Asheville irresistible.

“They ride on the coattails of the people who make it seem like a place worth visiting,” Ms. Kafka, 26, said. “And then they kick them out.” 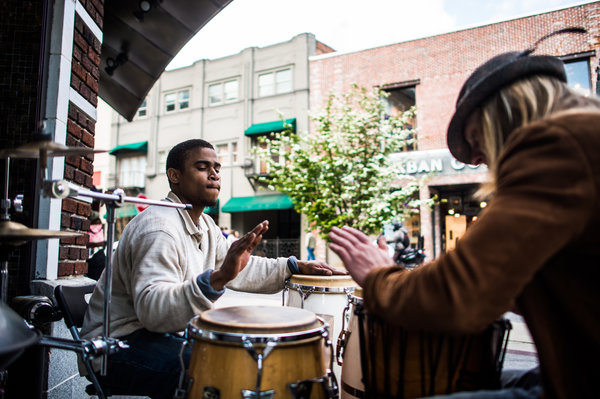 For street performers like Kayin Burney, left, and Josh Newton, Asheville has the lure of being safe, eclectic and full of strolling tourists. Credit Mike Belleme for The New York Times