They may look modest, but now they're homes to people in need. 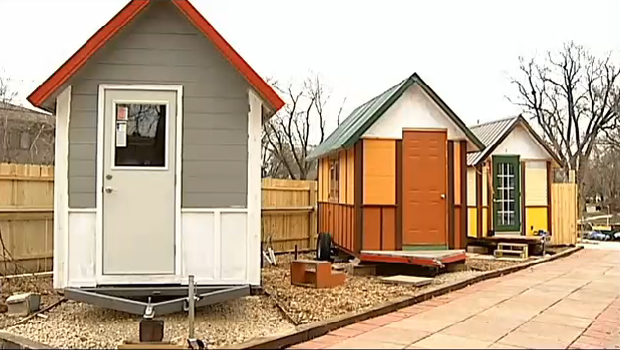 Homelessness is a serious issue all around the world, but one group in Madison, Wisconsin, chose to find a new solution -- one that helps the community and empowers those in need to help themselves. This weekend saw the debut of Tiny House Village, a special neighborhood on East Johnson Street that's made up entirely of tiny houses for the city's homeless. The project was devised three years ago by Occupy Madison, and brought to life by a coalition of members and homeless individuals. 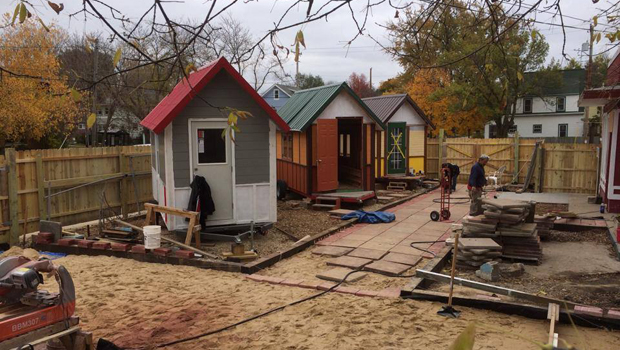 Occupy Madison member Luca Clemente told Al Jazeera that the inspiration for the project came from the realization within their group that there was a fundamental gap not only between the 99% and the 1%, but also between the homeless and those from median-income backgrounds.

"We had heard about these tiny houses in the media, but mostly in the context of middle class Americans downsizing their lifestyle," Clemente told Al Jazeera. "We saw that it would be possible to do the same thing for the homeless."

Since the project was financially autonomous and materially self-sufficient, organizers hope that their achievement will inspire similar endeavors across the U.S.

For now, four people will be moving into the three homes that are currently complete. The project's next goals are to build six more homes, another bathroom, a community room, a garden, a tree orchard, and a coop full of chickens. 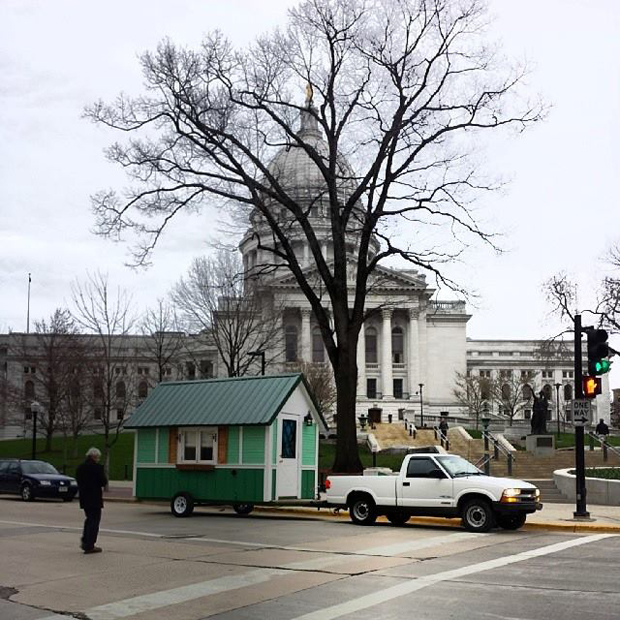 But the project has some more philosophical future aspirations as well. It was important to organizers that, rather than just being assigned places to live, homeless individuals were able to take an active part in constructing their new abodes.

"Rather than taking people form the streets and putting them in a building, we thought we could work together to create our own structures," Clemente told WKOW.com. "We don't give houses to homeless people. We enable people to build their own houses to create their own futures."

Great Story - Check out how you can help the homeless & those in need in our wonderful Asheville & WNC community here: www.townandmountain.com/Ashevillefundraiser