Here is a great article featuring our own Justin Purnell, REALTOR with his daughter Katie playing Footgolf! 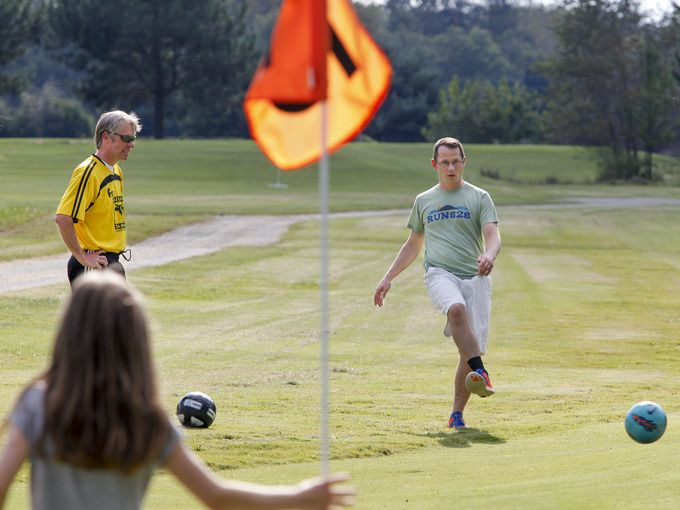 Imagine a parent looking to squeeze in a quick 18 holes, but what to do with active kids who don't play golf and quickly get bored sitting in a golf cart?

How about the children getting in some exercise, working on soccer skills and competing in a game?

That's the idea behind FootGolf, a relatively new sport that made its debut last month at Southern Tee Golf Course, an 18-hole layout in Fletcher.

Combining elements of soccer and golf, FootGolf is played on a golf course, with 21-inch holes large enough to accommodate a soccer ball cut near putting greens.

Instead of playing with golf clubs and balls, FootGolf players kick a soccer ball off the tee and advance the ball with their feet only until the ball goes into the hole, just like golf. 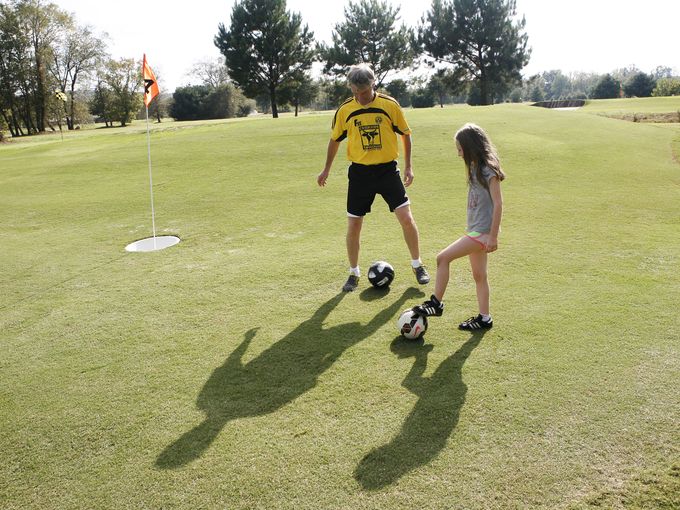 Southern Tee is among more than 100 golf courses that have added the sport in 2014, increasing the total to more than 200 courses in 38 states, according to figures from the American FootGolf League.

A foursome playing FootGolf for the first time last week, including a couple with beers in hand, were enjoying the new sport.

"I love it, absolutely love it. I've been playing soccer since I was five, and it incorporates elements of that, along with being with your friends and competing," said Tobias Weas of Asheville, who just missed sinking a long kick from about 30 yards for birdie.

"Trying to get the ball in the hole is like trying to make a good pass or shooting for a certain section of the goal." 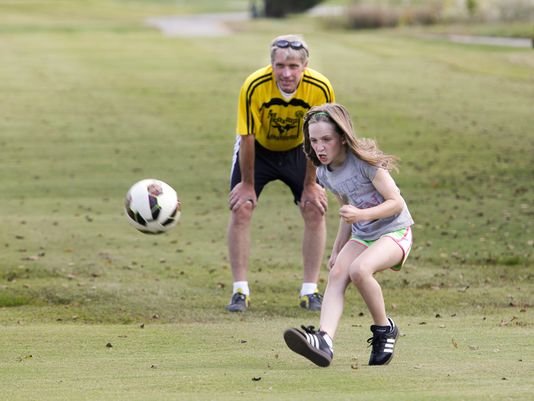 Justin Purnell was playing with his 9-year-old daughter Katie. 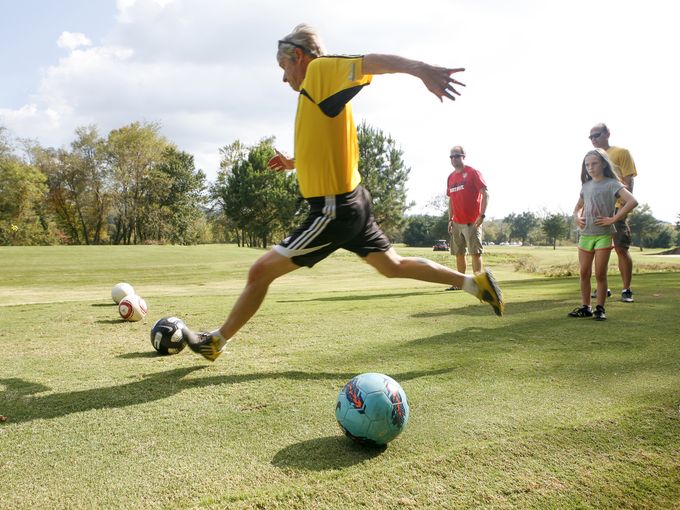 "I think it's really fun, and I'm out here with my Dad, so that's even more fun," said Katie. "It's kind of like regular soccer, just shooting at a smaller goal."

Jarrett believes FootGolf is here to stay and a great way for a family to come out and play together.