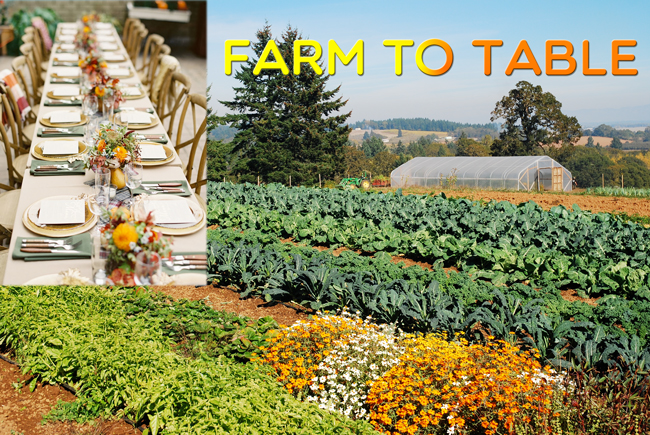 Now, however, one of those properties is for sale. The owners would like to help preserve the farm, but the family needs to let go of the land, which could easily wind up with an apartment complex built on it.

The first year, Fortune lived in a 1978 Winnebago in the driveway before moving into one of the homes. "There were crack dealers living in that house," he remembers, pointing next door. "When they left, we got our friends to move in." The owners of all three properties agreed to the scheme, and an urban farm was born.

"This is what your grassroots, no-ownership, no-funding farm can look like," says Fortune. "I'm not going to get rich doing it, but there's enough to make a living, or at least supplement it a little."

In addition to Green Hill Urban Farm, Fortune used to run the farm that supplies the Laughing Seed Café, but this year, he began working with local restaurateur Hector Diaz, farming at Diaz's acreage on McKinnish Cove Road. Originally the farm, known as Salsa's 44, was only going to supply Modesto, but now it supplies Salsa's, Modesto, Chorizo and Café Bomba.

When Xpress visits, Salsa's 44 is transitioning from summer to fall crops: Strawberries, thyme, parsley, greens and flowers pepper the lot in front of the big, picturesque ranch house.

"This morning we're stocking everybody up for the weekend," Fortune explains, opening boxes to reveal Italian greens, parsley and basil. There's a massive supply of the fattest, most blazingly orange carrots you've ever seen, flanked by a big box of radishes the size of your fist. To reduce his restaurants' carbon footprint, Diaz swings by on his way to work to pick up the food.

Just uphill sits a truck loaded with 50-gallon drums of spent grain from Wedge Brewing Co. "Most farmers are feeding it to their animals, but it's really only good enough for cows," says Fortune, picking up a fistful of dark, rich soil. "Chickens can live on it, but they don't thrive. But the ground will eat it up: Every garden that has had that grain has been drought-proof. Things look better than they ever have, and I didn't put any fertilizer down for the entire winter."

"It basically triples the organic matter," he explains. "In prime farmland, sand, clay and organic material make loam. A lot of soils around here are clay or sand with very little loam. But the brewery grain enables those three to come together."

Up the hill, about a dozen tiny Tamworths (an English heritage pig breed) bolt around the corner of the greenhouse to greet us. In the late '80s, there were said to be only a few thousand Tamworths left in the world. "They're great for clearing invasives," Fortune says. "They're my little pig tractors."

The steep terrain favors livestock over vegetables, he notes, pointing out the duck pen and chicken coop. "This is our first crop of pigs, but we'll probably look at 20 animals as our herd."

Inside the greenhouse, big fans send a warm breeze over cantaloupes, zucchini, squash and tomatoes. "I can have kale growing in here in February," he says.

Increasingly, however, Fortune and others in the local food scene worry about the bigger picture (see "Is Farm-to-Table Working?" July 16 Xpress). Currently, chefs design their menus and then approach farmers to supply the desired items. But this may be bad for the farmers and their land.

"I don't know if the system is broken, but it is a little exploited," Fortune maintains, adding, "We're already a progressive food city, but what's the next step?"