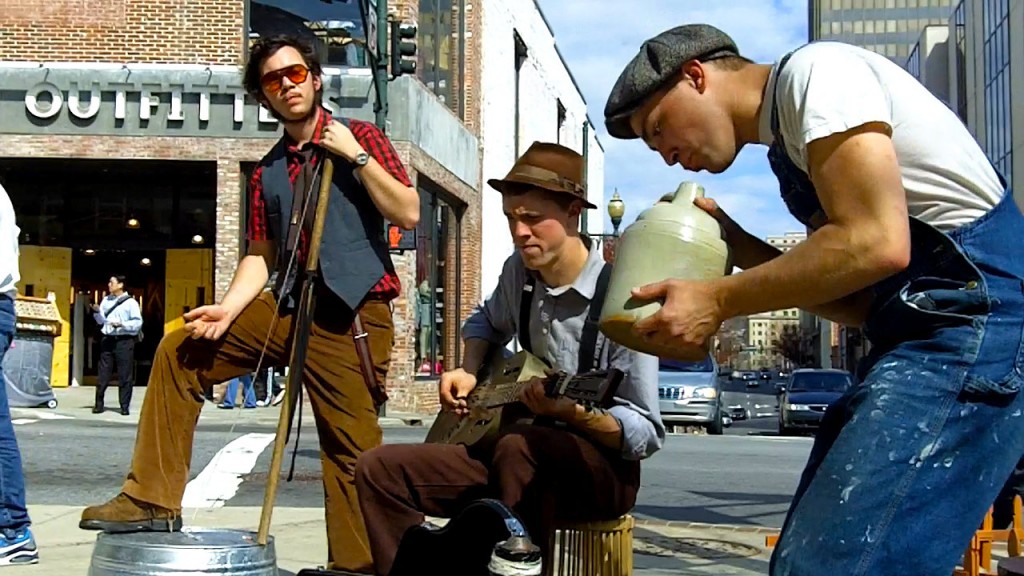 When filmmaker and historian Erin Derham set out to make a film this summer, she started by asking herself one question.

Derham, however, ended up answering another question -- a much more personal one -- during the process of creating, "Buskin' Blues," an hourlong documentary about Asheville's street performers debuting at The Orange Peel on Sept. 21.

"(Street musicians and performers are) one of the reasons I moved to Asheville and I didn't even know it," Derham said.

She learned through the course of interviewing musicians, business owners, industry professionals and other community leaders that busking "connects people back to their city."

"Buskers don't just bring tourists here," she noted. Locals walking on the sidewalk, on the way to work or pick up groceries with a "million things" in their heads, are grounded by hearing a musician perform -- even if it is just for a second, Derham said.

You become present in the moment and in the space, she said. With "Buskin' Blues," Derham aims to collect and share these moments and spaces -- and document it formally as a part of Asheville's official history.

At The Orange Peel event, some of the artists responsible for making this connection and that history will perform, including Andrew Fletcher, a jazz pianist.

He plans on performing in the lobby of The Orange Peel, making him most likely the first busker to play in the concert venue.

"What I like about playing on the streets is that you get to bring music to people who aren't expecting it," said Fletcher, who, with the help of a friend, built a custom traveling piano on wheels. "They light up with discovery."

"In Asheville, we really do have something unique in terms of street music culture ... I think that all these people who are playing on the street are doing something that is worth remembering," he added.

You've seen them on the street. Now you can hear their story. Coming to The Orange Peel, September 21 at 6:00PM, The History Boutique and AMP present, "Buskin' Blues," an evening of street music, film, and visual artistry. Live performances from Asheville's top buskers and insane visual projections from Mike Todd will kick off the first official preview of Erin Derham's documentary feature, "Buskin' Blues," a movie about Asheville's urban soundtrack, and why some of the best street musicians in the world choose to live and play right here in our town. There will be food, drink, and a silent auction benefitting AMP  (Asheville Music Professionals) which focuses on providing Education, advocacy, connection and collaboration within the music community. Please join us for a one-of-a-kind event that will make you fall in love with downtown AVL all over again.