Asheville and Western North Carolina loves LOCAL! Organic and all natural foods from local farmers is what our community is drawn to, and it is wonderful! More stores are popping up everyday! Here is a great article all about it. 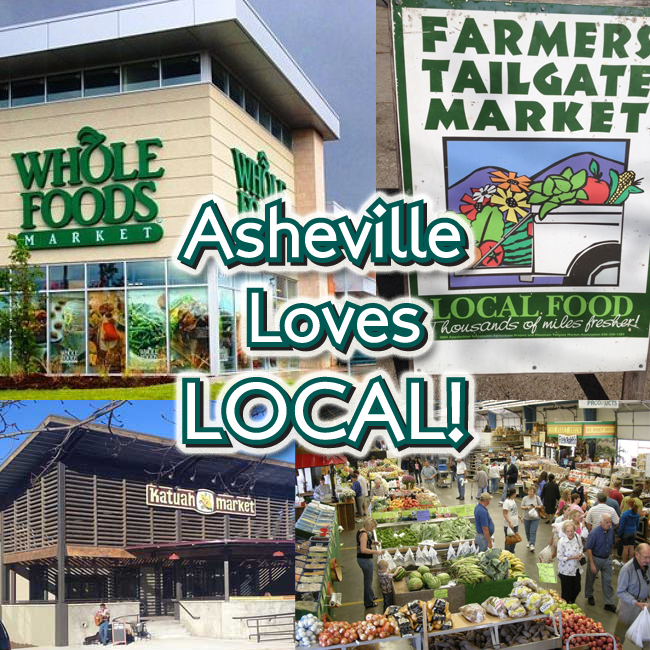 ASHEVILLE - The multibillion-dollar grocery store business is already fiercely competitive. But the battle for shoppers' cash and attention just ramped up to a new level in Asheville, particularly among the local and natural foods shoppers.

In 2013 alone, area grocery store openings included Trader Joe's and Harris Teeter on Merrimon Avenue, an 80,000-square-foot Ingles in Mills River, the independent Katuah Market in Biltmore Village, and the announcement of a half-dozen more stores to come. This week, Whole Foods opened its second Asheville store. The natural foods giant -- with $13 billion in sales last year -- purchased Greenlife Grocery on Merrimon in 2010.

In an area where interest as well as inventory in natural, organic and local products is strong, stores have to get the formula just right to succeed.

In 2014, sales of organics will reach an estimated $35 billion nationally, according to the Nutrition Business Journal. In 2013, WNC consumers spent more than $170 million on local farm products, a 42 percent increase over the previous year, according to an Appalachian Sustainable Agriculture Project.

"I don't have any documentation for this, but I know a lot about the industry," said John Swann, owner of the independent Biltmore Village grocery store, Katuah Market, and co-founder of Greenlife. "And there's no other city in the country that's the size of Asheville that has the competition that we have in natural foods."

"No one factor is most important, but the combination is important," said Wozniak.