It would seem bigger is not always better when it come to buying a home these days. 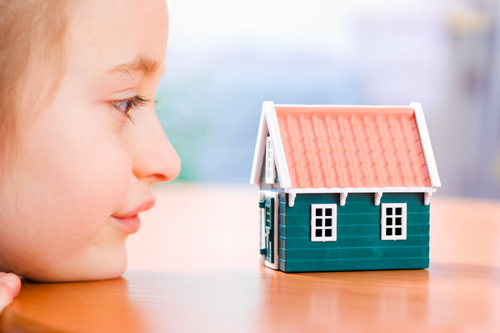 The two-year trend of big, new houses getting even bigger appears to have peaked--at least for now--as more buyers seeking modest homes enter the market.

The median size of U.S. homes on which builders started construction in the second quarter registered 2,478 square feet, unchanged from the first quarter but still close to the all-time high of 2,491 set in last year's third quarter, according to Commerce Department data released Tuesday.

Entry-level and first-time buyers, who tend to buy smaller homes, have largely remained sidelined due to strict mortgage-qualification standards and tepid wage and job growth. The National Association of Home Builders forecasts that first-time buyers will account for 16% of new-home sales this year, down from 25% to 28% between 2001 and 2007.

12 reasons why you'll actually be happier in a smaller house:

As the housing bubble grew, homeowners became fixated on the value of their square footage, tracking its worth as closely as a stock portfolio. That's because we tend to price houses the way we price shrimp -- by the pound rather than, say, the way we price bread -- by the loaf.

Unfortunately, when that enormous bubble popped, some homeowners realized that all that superfluous square footage was for naught -- and in many markets actually depreciated the value of their homes.

The "Not So Big" movement advocates downsizing toward cozier, more enjoyable homes that emphasize quality over quantity. It even dreams up architectural fixes for empty nesters who want to age in place.

"A lot of older people are kind of refugees from their own big house," he says. "They feel too small in their too-big house."

Vassallo says the younger generation is already embracing the paradigm, thanks to ever-shrinking technology. "People who appreciate the magic of an iPod smaller than a stick of gum that holds 1,000 songs don't need to be told that small can be really incredible," he says.

"The scale of our homes should derive from the real needs of our daily lives, not from vanity, insecurity or a need for public display," he says. "Home should be the setting for life, not the measure of it."

Whatever size home fits your needs, our team of experienced local Asheville & WNC Brokers at Town and Mountain Realty would love to help you find it!

Check out our listings here or create a custom search to fit your specific needs!