Zahmari Frazier, 6, told me she wants to be a police officer when she grows up, because she'd like to help people feel safe. Or a doctor, she said later, because doctors help people, and she loves helping.

I felt as if I'd been punched in the gut, hearing her say that. Because statistically, as a homeless child, Zahmari stands a very small chance of becoming a doctor. This incredibly sharp, intuitive, nurturing, beautiful little girl may not get to live out her dream because a broken economy wouldn't allow it, and her community stood by and watched.

As I've written more than once in the past week, more than 750 school children were identified as homeless last year in Buncombe County. Those counts do not include pre-schoolers, who are homeless at an even higher rate than their K-12 counterparts.

Photographer Erin Brethauer and I set out to meet some of the families behind these alarming statistics almost a year ago, bringing with us more misconceptions than facts about what this problem looked like.

The day we met Shane Hopkins, the father of three who fell from a more-than-comfortable lifestyle into homelessness following the loss of several jobs and sudden loss of his wife, he asked me if I'd read a recent Wall Street Journal article on employment reports and the national affordable housing market.

This problem is not going to look like I thought it would, I realized. And it doesn't -- it looks a lot like the people I work with and live next to.

Tiana and Lavar, parents of four children younger than 9 who have lived with their kids in a downtown shelter for an entire school year, both work as close to full time as they possibly can. Tiana works from the first shift she can take, to within 15 minutes of Lavar leaving for work. Lavar walks seven miles home from his job some nights, so he can be there for his kids when they wake up.

If that's not picking yourself up by the bootstraps, I can't imagine what is.

We went into this series knowing there would be people whose minds could not be changed -- people who will refuse to think of child homelessness as a problem that needs solving, and who believe the primary if not sole fault lies with the parents.

Questioning the accountability of parents in this situation is valid -- in fact it's imperative. The idea that we may be enabling families to live in poverty by providing too many services is an age-old suspicion, and it's not without its merits. But the bottom line is that children are not born with bootstraps. They don't choose this, and they join society whether we throw them a lifeline or not, and we all live with that cost.

One of the most striking things in talking with the experts on this issue, from city officials to school social workers to nonprofit managers, all of whom rely on waning funding, was that when asked where they needed funding most -- where the money should go -- none identified themselves.

They named Medicaid expansion, childcare vouchers, programs to get people with criminal records into better jobs, and improved mental health care access. They are the first to admit that there's no such thing as solving homelessness -- there's only addressing poverty.

By federal standards, Shane Hopkins' kids -- who slept in recliners and on blankets on the floor of someone else's trailer for months -- are not homeless. I don't see those definitions expanding, which stretches dwindling resources even further.

But I think we have to ask ourselves what definition of homelessness we as a community, as human beings, are comfortable with before we accept that of an overburdened, underfunded governmental entity. What is our moral definition of child homelessness?

In a community known for its many creative nonprofits and so proud of its depth of compassion, why are we triaging children living in abject poverty, ranking their homelessness as if any degree of it would be OK? 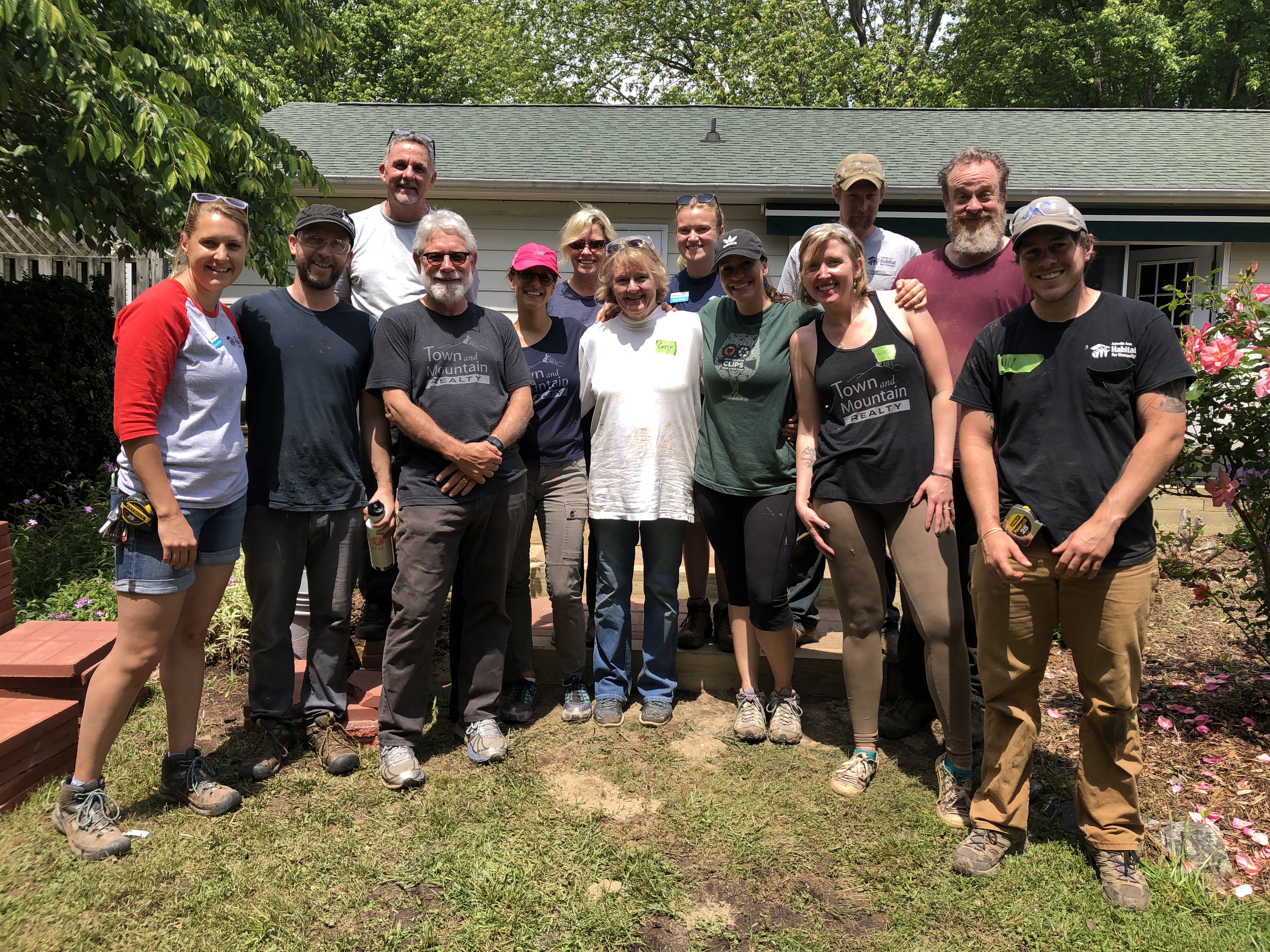 "I've lived here about all my life," Mike said. "All our agents are locally involved. That's who we want to be - an independent business, involved in our community and helping people achieve their real estate goals."

Our local Asheville and WNC community is incredibly important to us, and we love showing our support in any way that we can!