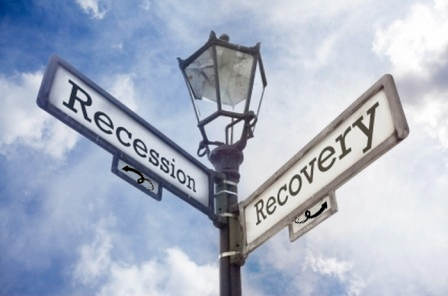 This month marks the fifth anniversary since the Great Recession supposedly ended.

It may or may not feel like a recovery, depending on whether you got laid off or saw any raise, found a new job or didn't, or if anything else happened to you or your loved ones in the tough labor market. The economist John Maynard Keynes said animal spirits, those energies and enthusiasms, drive markets and consumers more so than mathematical formulas.

But looking at the figures, Asheville has fared far better than most cities, coming out of the worst economic downturn of our lifetimes.

Would you believe we're just shy of the top 10 in the whole country for the fastest recovery?

Researchers at NerdWallet, an online financial tools site, crunched the numbers and pinpointed Asheville as the 11th best among 510 big and small cities for a drop in unemployment, rise in income and change in median home values.

"What we noticed among the 510 cities we studied, the most improved were largely suburb communities or mid-sized cities at most," said analyst Sreekar Jasthi, who looked at data from the official end of the Great Recession in 2009 through 2012.

The largest city to crack the top 50 was Washington. Detroit, now in bankruptcy, was the worst performing major city, ranking 509 out of 510 cities.

"Asheville saw unemployment fall by nearly 23 percent since 2009 and income rose by 26 percent. Those are pretty significant changes," Jasthi said. The snapshot showed Asheville median home values fell by only less than half a percent during that same period. Since then, Asheville home values have been on the increase.

The Asheville metro area, which includes Buncombe, Haywood, Henderson and Madison counties, posted its highest unemployment rate at 10.1 percent in February 2010. In April, the jobless rate was at 4.5 percent.

Once considered almost recession-proof by business leaders, Asheville lost some 10,000 jobs after the 2008 economic meltdown which saw the local housing market suffer and many companies lay off workers.

But a spike in tourism jobs, healthy growth in the area health care industry and new announcements in advanced manufacturing have brought Asheville back up to speed.